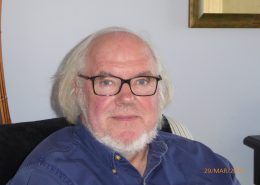 Jean-Pierre Savard was appointed to the Nunavik Marine Region Wildlife Board in 2013 for a four-year term. He was born in Lévis, Québec and holds a Bachelors Degree in Biology from Laval University, a Masters Degree in Zoology from the University of Toronto and a PHD in Zoology from the University of British Columbia. Jean-Pierre began working as a Biologist in 1977 at the Canadian Wildlife Service. He has worked at Environment Canada since 1992 when he became a Research Scientist for the Quebec Region. In 2012, he was became a Scientist Emeritus. Jean-Pierre has extensive expertise in ornithology and has taught and published on many different species of birds. He has also sat on numerous committees relating to the recovery of endangered bird species. His hobbies include volley-ball, walking and, of course, bird-watching.